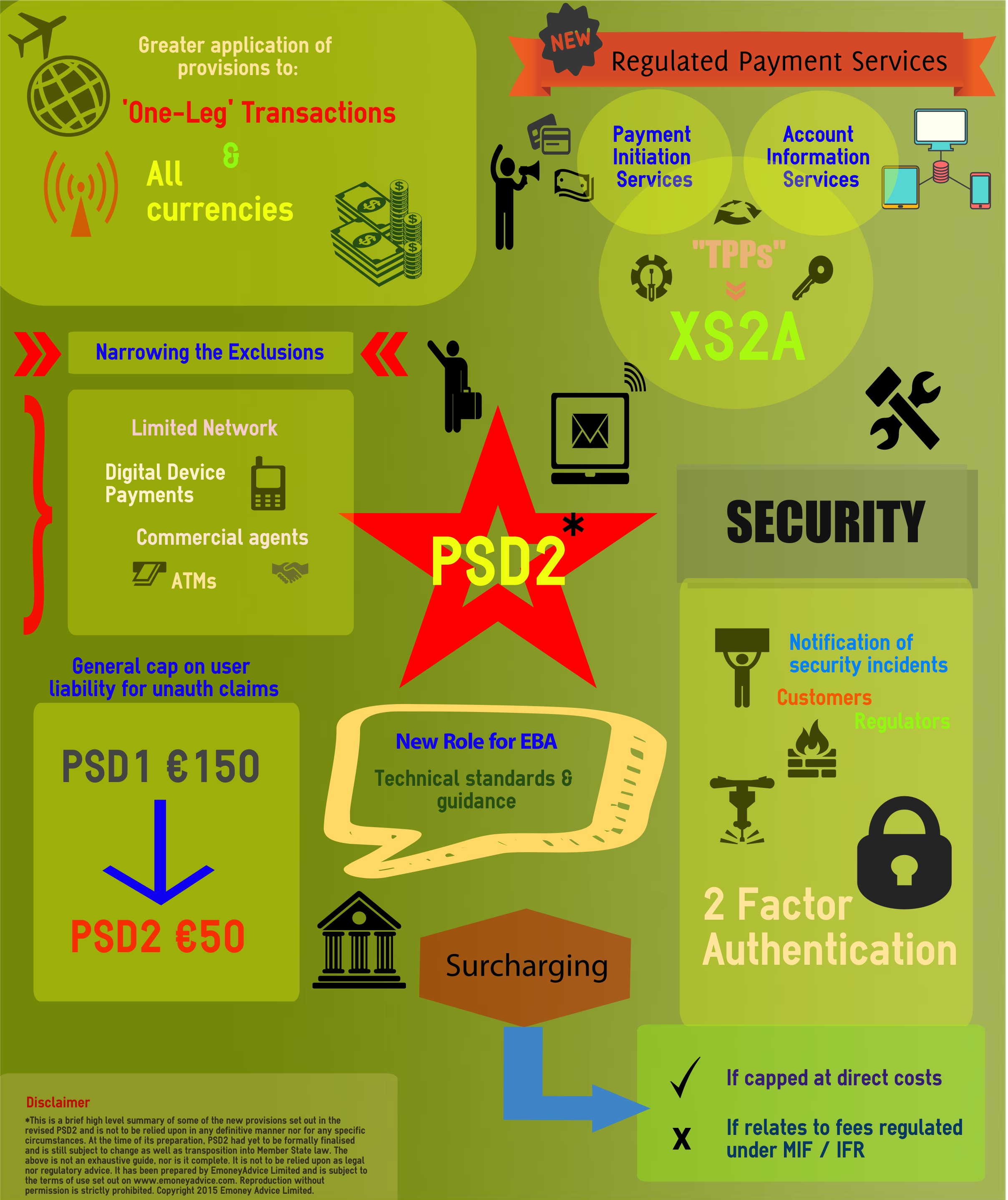 The revised Payment Services Directive (EU 2015/2366) has now been formally adopted and published in the Official Journal on 23 December 2015. It’s finalised text is available here.

Key dates for your compliance calendars:

13 January 2018: the date by which Member States should have implemented its provisions into national law.

What are its key revisions?

Key issues that require very careful consideration as the new Directive is transposed into national law: