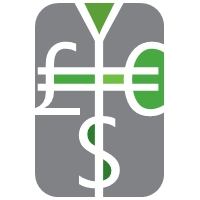 (Note: the below is a high level review of certain potential issues and is not to be relied upon in any definitive manner nor as legal and/or regulatory advice).

Towards the end of 2014, HM Treasury issued a “Call for Information” consultation on Digital Currencies, the purpose of which was outlined as being to:

After receiving over 120 responses from various stakeholders, the UK Government has issued its response and its proposed next steps.

Jumping straight to the next steps, the response outlined the following:

One of the overarching key themes of the response was that the UK Government considers that the ‘distributed ledger’ technology that underpins digital currencies has significant future promise as an innovation in payments technology – something to be fostered.

The response also took due note of the key benefits of digital currencies, including: cheaper and faster payments; the use of a more efficient (non-intermediary) infrastructure; the adoption of cost effective micro-pricing / micro-transactions such as internet tipping, charitable giving and micro-payrolls; greater privacy and security of payments; potential for increased innovation as well as its perceived benefit in reach and cost savings for cross border transactions.

On the flip side certain risks were also identified, including the following: the use on online marketplaces for illegal / illicit purposes and the risks associated with having an opaque / “pseudonymous” payment service.

As set out in the response’s next steps, we can expect to see regulation in the UK for certain bitcoin and associated digital currency businesses and any associated consultations will require careful monitoring to determine its ultimate impact on stakeholders. In particular, there are a number of areas to focus, including: